Fafo stared hard at the charm that seems to have taken on a mischievous life of it's own. The many events that now seemed to have had a bearing on this thing that he now holds in his hands, had become too numerous to dismiss as coincidence.

The open and shut case that both the Customs people and the police thought they had, almost disintegrated before their very eyes. The lead detective charged with prosecuting Fafo suffered a nervous breakdown. Detective Sergeant Eric Fisher's problems began, when an urgent report came in stating that the contraband stored as evidence in a supposedly secure police bonded warehouse was gradually diminishing in size.

Almost half of the exhibit had somehow vanished; no one could explain why, so Sgt. Fisher's credibility came under scrutiny. When his superiors started to suspect and accuse him of tampering with the evidence, Sgt. Fisher promptly quit and had to be replaced. Further delays came at the committal stage when the new officer in charge failed to show up to court on the actual date that this case was to be referred to the Crown Court. His only child had been killed in a hit and run incident that very morning.

Meanwhile, Fafo stayed on remand longer than was usual. Of course various interviews were carried out with him by investigators who suspected that maybe Fafo had people on the outside who were proactively engineering the various calamities happening. All they got out of Fafo were the usual mumbles which made no sense to any of them.

The evidence kept shrinking, suspicion reigned as an air of distrust developed  amongst the investigators, technicians, customs and even the judiciary. The prosecution, customs and the police quickly regrouped, consolidated the remaining evidence and the depositions to preserve what was left of their open and shut case. At the same time they were doing this, the charm had mysteriously disappeared from around Fafo's neck.

…To be continued sometime.

Visit us at MusicArtinDesign.co.uk our own labour of love! 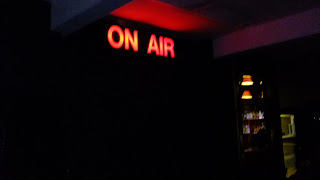