How Can We Unite And Kill Terrorism?

Short stories, Hot Topics and relevant information on Music and the Arts! The official page for Bodederek.com seeking to educate, entertain and inform. We invite aspiring writers to showcase their talent here. Read short stories for free here!

Don't Prioritise One Victim Over Another! 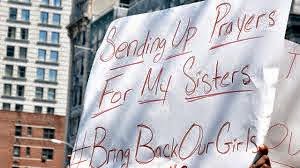 The outrage over terrorists attacking Charlie Hebdo journalists and other innocent people in France and other countries seemed to have overshadowed the terrorist attacks in Nigeria, West Africa.

Nigeria is a multi ethnic and diverse society. A dynamic country that has got a lot of potential.

Although there are issues to overcome, there isn't a doubt in my mind that Nigerians will eventually overcome them.

What that country doesn't need right now is the Boko Haram outrages that's creating grave insecurities for it's citizens.

I like to focus on the positive things that make people feel good. Stuff that distracts from the negative, the absurd and the tedious.

But waging a war of terror on society is about as low as anyone can get. It's wasteful, counter productive, self defeating and very sinister indeed.

In these circumstances, nobody wins. Neither the terrorist or the wider society gains anything. The wounds can run very deep, and they usually take generations to heal.

I don't care about a cause, it is just wrong. Wrong for individuals or groups to try to impose certain values upon others. It's unjustifiably wicked in the eyes of our creator.

The Charlie Hebdo thing totally eclipsed the terrorist outrage in West Africa where the death toll was much higher than in France.

We shouldn't just be outraged for a short period of time. I think we should keep our outrage simmering just under our collective psyche for an infinite period as we consider all victims equally.

Another African Adventure that went Awry! (Originally posted on 10/03/2012) 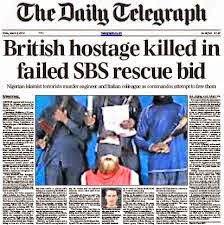 Condolences to the families of Christopher McManus and Franco Lamolinara who while working in Nigeria found themselves embroiled in a nightmare beyond imagining.

It is an unfair and tragic thing when innocent civilians who are going about their daily business, end up getting murdered by kidnappers.

It is difficult enough in better developed countries, when the authorities try to conduct successfully, search and rescue mission for kidnapped victims.

The logistical and operational demands that have to be met are numerous, timing has to be exact and the element of surprise is usually the only advantage the rescuers will have going for them.

Maybe with time, the reason why this rescue mission was attempted at all will be explained. In my view, the attempt at rescue was doomed to failure, especially in a country like Nigeria where in a lot of cases, nothing is ever what it seems, where tribal and ethnic loyalties can outweigh the other considerations of being a good citizen and where political allegiance has a price tag. Money and bribes (in this case at least) would have been a much better way to go.

If the rescue attempt had been successful, the people who made the decision to go ahead and those who took part in it would by now be taking credit for it's success. Because it failed, I fear it may just be filed away as just another African adventure gone awry.

The whole exercise at rescue I fear, was a gamble I would not have taken, if it was my family member that was at risk especially in Nigeria. Caution and money would usually do the trick in Nigeria, even in the northern states, there would be within the community where the hostages were held, even headed individuals who could have assisted the authorities without having to call in special forces from abroad.

Some within the security forces in Nigeria, could interpret the presence of British special forces as a lack of confidence in their own abilities and this could even prove counterproductive.

From reports, the element of surprise, seemed to have been lost and gunfire was exchanged for quite a considerable time, giving the kidnappers time to kill their hostages. Would it not have made better sense, if there had been a pro active method to solving kidnappings such as these, where the search for and rescue of victims were done by the local law enforcements with one or two overseas experts present as advisers/observers.

My thoughts go to the family of these victims. It is so easy to say "sorry for your loss", but I really am!