Caught in a Crossfire!


(This is a work of fiction, any resemblance to actual persons, living or dead, is purely coincidental) 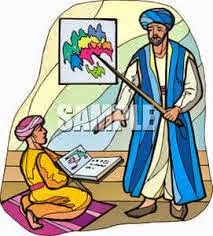 
Over a period of months when I was in boarding school, the relationship between my housemaster and I had deteriorated to an extent that I felt Mr. Tobias had it in for me.

Incidents between Mr. Tobias and some of the other students, quite a few of them pals of mine, had not helped matters one bit. I remember one incident when a close friend, tired of our housemasters bullying and harassing us, set him up. It happened on the last night of the previous term.

Knowing that he wasn't coming back the next term, Jabo taunted the man as he walked by behind the dormitory and provoked him into a proper fight. I stood, aghast, as both went for each other. Unfortunately, I was the only witness to his humiliation and our housemaster would hate me for it.

Jabo wasn't a bad guy. He was a couple of years older than I, tall for his age, played on the soccer team and some of the girls fancied him. He was amiable and kind, then, one day, he was humiliated and head butted by Mr. Tobias in the dining halls in front of his girl, halfway through that term. He wanted revenge and I'd been discouraging him from seeking retribution. But, on that last night of term, I just let it happen partly because I was tired of his vehemence, and mostly because of Tobias unbecoming behaviour that term period. I never expected it to get physical, I expected harsh words, maybe a few insults mainly from Jabo. Never a full blown fight that would result in the teacher getting a hiding.

The moon was out that night,  and the fighting started in the shadows behind our dormitory. It spilled into the lit part of Tobia's front steps. This guy is going to get expelled for this, I thought, he could even be erased from the school record, but he didn't seem to care. Acting neutral  wasn't an option for me, (I was due back next term, I had a strong feeling Jabo wouldn't) so, during the fight, I tried to prop up Mr. Tobia's dignity and self respect. I gave the teacher confidence and the sense that he was winning. Shouting out loud, "please, please master, take it easy on him, he's only a student!" But it was Jabo's jab that had the upper hand, doing the hurting, giving the man a pasting. Tobias would swing a roundhouse, Jabo would duck under the swing and immediately reply with a jab to the teacher's ribs, with lefts, rights and upper cuts at will. The teacher fled toward his front stairs when it all got too much for him. Jabo scrambled after him and with flailing arms, he tore the man's academic gown all the way right down the back, as Tobias tried to flee up a flight of stairs.

There was so much more than what I've described, I'm still too traumatised from the event of that evening. When I feel stronger some day, I'll go into more detail.


The next term started out well, it was also football season and Mr. Tobias (also our football coach) hadn't dropped me from the team, I felt a little bit secure and things seemed to be looking up, I was popular, everyone had heard about the fight and I was the only witness. I was keeping it all to myself, optimistic I could get everyone to forget about what happened the end of last term.

Then one day, mad as hell,  he yelled out into our dorm, "Chigro, the only reason you are still in this school is football, let me tell you now, one leg is in, and the other one is outside the school gates. So watch your step!"

The man was serious. I kept my head down. I worked very hard in class and trained hard on the football field. I even forced myself to laugh at Mr. Tobias's crummy jokes (which isn't an easy thing for me), everybody laughs and it's better to go with the flow and avoid his ire. Well, until the day the English teacher came round to the practise field.

I'd forgotten it was debate day, Morgan needed me, coach wouldn't give his permission from one afternoon of football practise, so I may take part in an inter school debating contest. I never thought I'd be picked  when I told Morgan I'll take part, I said, "the football coach would have to agree to it!" Morgan said, "OK, I'll ask him." Now, this was happening, and all we could do was watch.

The argument between the two teachers got so heated that we all stopped playing football and watched as the English teacher Morgan's reasonable request got refused, our coach just kept shaking his head, stubbornly refusing, insisting we have a quarter final qualifier coming up soon. In reality, the match was at least two weeks away and although personally I'd happily choose a football match day over a debate, an afternoon representing my school in a debating contest wasn't a big deal. Finally, Morgan calls me over and asks me to choose, the debate or football............ 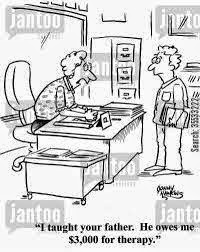