Caught in a Crossfire! - Part II


(This is a work of fiction, any resemblance to actual persons, living or dead, is purely coincidental) 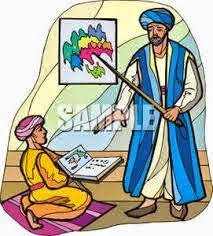 Exiled to a boarding school as a teenager wasn't easy for me. It was that much harder when it's a co-educational institution and there are pretty teenage girls in the block next to your football pitch. You feel awkward and clumsy. It seemed like everyone was watching, assessing and judging you. You're acutely aware that girls your age seem older and more mature, they often stared out of their dorm window as we practised. Giggling when, once in a while Tobias would fling an insult our way. The pretty ones especially make it their business to stand there on the balcony and gawp. On this particular day, that balcony seemed a bit more crowded than usual....

Football or debate, my mind was racing as I checked out both teacher's demeanour. Morgan had a curiously serene expression on his face. Tobias's smug expression pissed me off.  I turned round and, walked off the pitch, cleaned up and got on the coach taking us to contest. It was quite embarrassing to be put in that position, but was consoled by a fact, that I'd been decisive and hadn't dithered. I know Morgan was happy and was proud I'd done the right thing, because he told me so. He knew my decision could cost me my place on the football team but he didn't need to tell me, I knew that already.

Mr. Morgan was probably in his mid twenties, but he looked much younger than his years. He was a good teacher and because he looked so young, he would sometimes walk into our midst during classes and we would not be aware that a teacher just walked in till it's too late. On one occasion, he caught a few students smoking behind the laboratory. They thought it was another student approaching them, by the time they realised who it was, it was too late and they were caught and punished.

But I liked him, he once walked into a party in town at a moment I should have been tucked up asleep in a dorm room and I wasn't. I gatecrashed, pretending I was much older than I really was. Working hard to impress the females. I looked up, casually surveyed the party and my eyes met Morgan. I thought to myself, he's seen me, I'm going to get expelled and, my Dad's going to disown me.

Surprisingly, Morgan pretended he hadn't seen me and left the party. Of course, I was out of there so fast, you'd think someone lit a rocket and shoved it up my arse, I got back to my dorms breathless and scared. The next day in school I saw Mr Morgan, he didn't say anything about seeing me in town and I avoided him until one day, turning into a corridor that led to classrooms, I practically bumped into him. He asked if I was interested in a debate competition. I'd said yes.

Thinking that my choice of Mr Morgan over Mr Tobias has probably lost me my place on the team, the following day, rather than showing up on the practise pitch and risk the ignominy of giving coach the satisfaction of publicly humiliating me by asking me to get lost, I decided to take a nap. I woke up. Someone was calling "Senior, senior.." it was one of the kids who support and follow the team. Him and his friends come to watch our practice and they never miss a competitive match. No matter how terrible we played, they always stayed loyal and true.

The housemaster/coach had sent for me. On the way the junior student was telling me that the man was irate that I hadn't showed up for soccer practise, in fact a couple of the players had already been flogged by him. One got flogged for showing up late and the other player got a clout behind the ear because he missed a penalty. He put it over the bar. "He's in a foul mood." I was told by my escort. The little bastard seemed to be enjoying my predicament and seemed to be relishing my discomfort.

I had on casual street clothes, I took no kit with me. The junior and I walked toward the football pitch. The coach saw us approaching and began to search around for his cane. (Later, I  found out that one of my friends on the team had stolen the cane from where the teacher had tossed it, and hidden it). Not finding the cane, Tobias yelled at the other students on the sideline watching the practise match to go, "get me trees, get me TREEEES!"  That, mean't he was ordering them to go tear off branches from the trees so he could flog me. True to form, all the teacher's pets were gleefully halfway to the edge of a forest, racing each other towards the nearest trees. 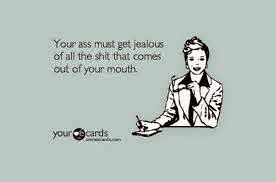