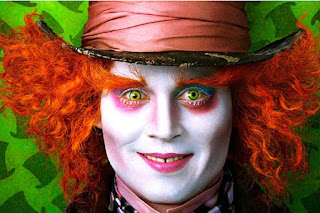 It was the 4th of July 1862 when Charles Lutwidge Dodgson took the fateful boat trip up the river Thames toward Godstow.

Accompanying him were three sisters. Lorina, Alice and Edith Liddell, the three eldest daughters of the Dean of Christchurch. With them was also Reverend Robinson Duckworth of Trinity College.

During the journey, Dodgson, a mathematician and keen amateur photographer narrated an adventure story to the Liddell sisters.

The story must have made an impression on young Alice Liddell because upon their return to Christchurch, she asked Dodgson to write out the story for her.

That same evening and on a train journey the following day, he set out the main headings of a story that would endure for over 150 years.

He began the manuscript text a few months later and completed it on 10th February 1863.

In November 1864, he presented the manuscript volume with his own illustrations to Alice Liddell. The title was, "Alice's Adventures Underground."

The manuscript version he retained for reference, was expanded into the fuller text of what later became "Alice's Adventures in Wonderland."

Dodgson then translated his own name into Latin and back into English again and came up with the pseudonym "Lewis Carroll" under which the book itself would be published in 1865.

Totally unsatisfied with the way the pictures came out in the print, the book was withdrawn from sale. The rejected copies were presented to children's hospitals and institutions.

In November 1865 the second edition of Alice in Wonderland was published. This new edition was more satisfactory to Dodgson. It was said by the author to be "perfect of artistic printing." 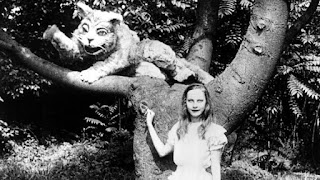 The British Library is currently holding an exhibition to celebrate 150 years of the publication of Alice in Wonderland. On display are the original manuscripts, engravings and many inspirational material.

The exhibition will conclude on Sunday 17th April 2016. It's worth it, to take the time and the kids to The British Library to see this free exhibition. I can guarantee that children will find it fascinating.

Have A Happy Easter!