Educating, Entertaining and Informing with Short Stories and Humour!

Are You Working for a Tyrannical Bully? 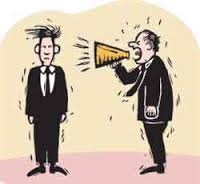 I have been lucky. Most of my working life, I can honestly say, I've had good bosses. Honest, hardworking and dedicated individuals who took their roles seriously.

The great ones were always courteous, kind and helpful, inspiring the workforce to higher levels of productivity.

These traits created a comfortably great atmosphere at work and the staff were always happy to go the extra mile because we had a great boss.

The only place I ever worked where the boss was a tyrant and bully, on my first day there, I noticed pinned on to the wall behind someone's desk, the following:


How The Asshole Became Boss

One day, all the organs of the body had a meeting to decide who would be boss. "I should be in charge," said the Brain, "I run everything and work out all solutions."

"Oh no," said the Stomach, "I process the food through digestion and provide all the fuel and energy. I should be the boss"

The Heart, Kidney and Lungs wanted to be boss too and made their cases.

And so it went on until finally the Asshole interrupted and said he should be boss...

They all laughed, giggled and smirked at the idea of asshole being their boss. They really found it funny.

At that point the Asshole went on strike and refused to function.

By the end of the week, the eyes got watery and blurred and the legs got wobbly.

At the end of the second week, the stomach became bloated and the arms became lethargic.

By the end of the fifth week, the heart and lungs were in severe distress and had begun to panic.

By week six, Brain had a fever and couldn't think straight anymore...

That was when all of them decided to plead with Brain to let the Asshole take over and Brain agreed.

So the Asshole became the boss and passed out shit while the others worked.

And that is the reason The Boss Is Always An Asshole!

Bad bosses pick favourites, communicate poorly, misuse their power, are usually rude, take all the credit for other people's work and usually neglect their employees. 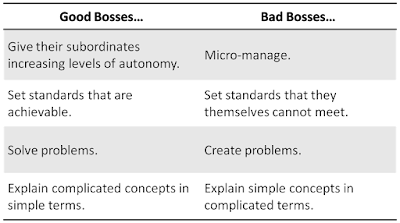 Studies show that bad bosses never accept responsibility for their mistakes, the poor decisions and their bad attitude toward people.

Bad bosses can destroy good staff. Causing them to flee while the remainder lose all motivation. 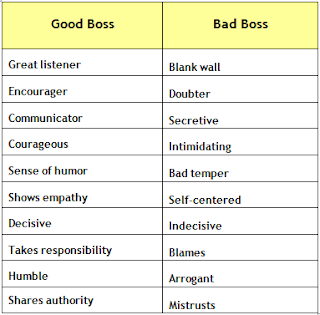 Know them by their response when you confront them and tell him or her that they're terrible bosses;


2) "I could do better if only I knew how!" He/She knows they're bad and wants to improve.

3) "It's my way or the highway!" Tells you they don't care either way!


To all the bad bosses out there, I say; Karma's just sharpening her nails and finishing her drink. She says, she'll be with you shortly because she has your address! 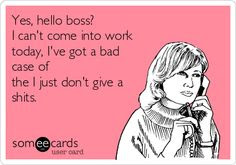