is a legendary Israeli spy whose work contributed to the capture of the Golan Heights from Syria. 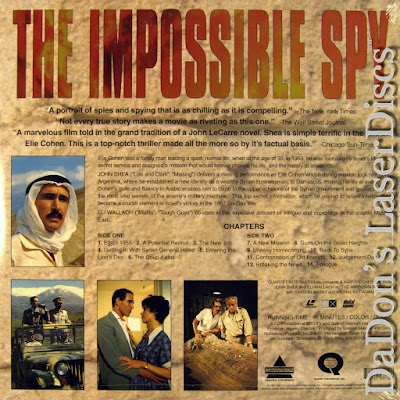 The true story of a master spy who almost became the defence minister of the country he was spying on.

This is a short documentary about the fascinating story:

A national hero in Israel, he was indeed a daring individual.

His story inspired the film, "The Impossible Spy."

"without continuous personal development, you are now all that you will ever become, and hell starts when the person you are, meets the person you could have been." ~ Eli Cohen