When he was president, he didn't only talk the talk, he walked it as well.

In a world that's full of frivolities, egotism and superficiality, this is one man humanity should be proud to look up to and emulate. 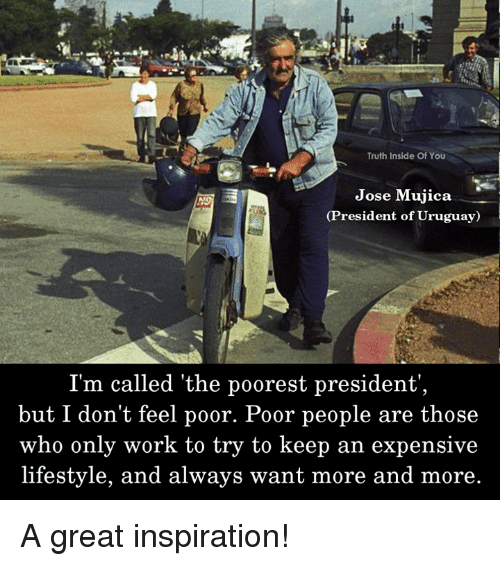 We are living at a time when people are inspired and even encouraged to chase wealth and power in what I read somewhere described as; "an almost sociopathic way."

It should rather be a time to encourage each other to be rich in mind, body and spirit. A time when the needs of everyone should supersede the wants of the few.

Reggae legend Bob Marley's quote that "Some people are so poor all they have is money" puts former president Mujica's perspective and words into sharper focus.

"The way we live and our values are the expression of the society we live in. And we cling to that. It doesn't matter if I'm president (of Uruguay). I've thought about all this a lot.

I spent over ten years in a solitary confinement cell. I had the time. I spent seven years without opening a book. It left me time to think. This is what I discovered:

Either you're happy with very little, without overburdening yourself, because you have happiness inside, or you'll get nowhere.

But we invented a consumer society which is continually seeking growth. When there's no growth, it's tragic. We invented a mountain of superfluous needs. You have to keep buying, (and) throwing away... It's our lives we are squandering. When I buy something, or when you buy it, we're not paying with money. We're paying with the time from our lives we had to spend to earn that money.

The difference is that you can't buy life... Life just goes by. And it's terrible to waste your life, losing your freedom."

(Taken from the documentary HUMAN)

If there were more leaders like this man on the planet, we would all have very little to worry about. 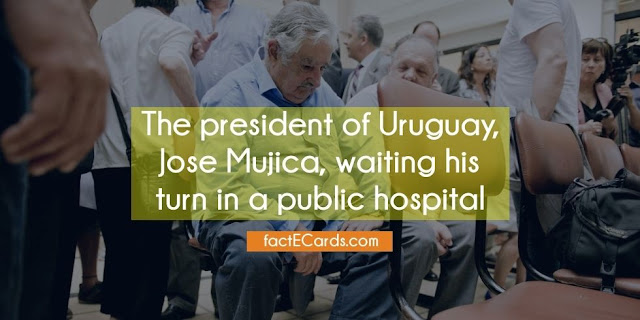 José Mujica, nicknamed Pepe Mujica, was President of Uruguay from 2010 to 2015.

A former Tupamaros freedom fighter in the 60s and the 70s, he was detained, like a hostage by the dictatorship between 1973 and 1985.

He advocates a philosophy of life focused on sobriety: learn to live with what is necessary and fairest.